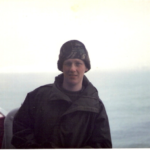 The Memorial Orchard was planted in memory of all who served in two world wars and in more recent conflicts – both those who died and those who survived.  This year marks the 40th anniversary of the Falklands War.   The Falkland Islands were invaded and occupied by Argentinian forces on 2nd April 1982.  South Georgia was invaded on 3rd April […]