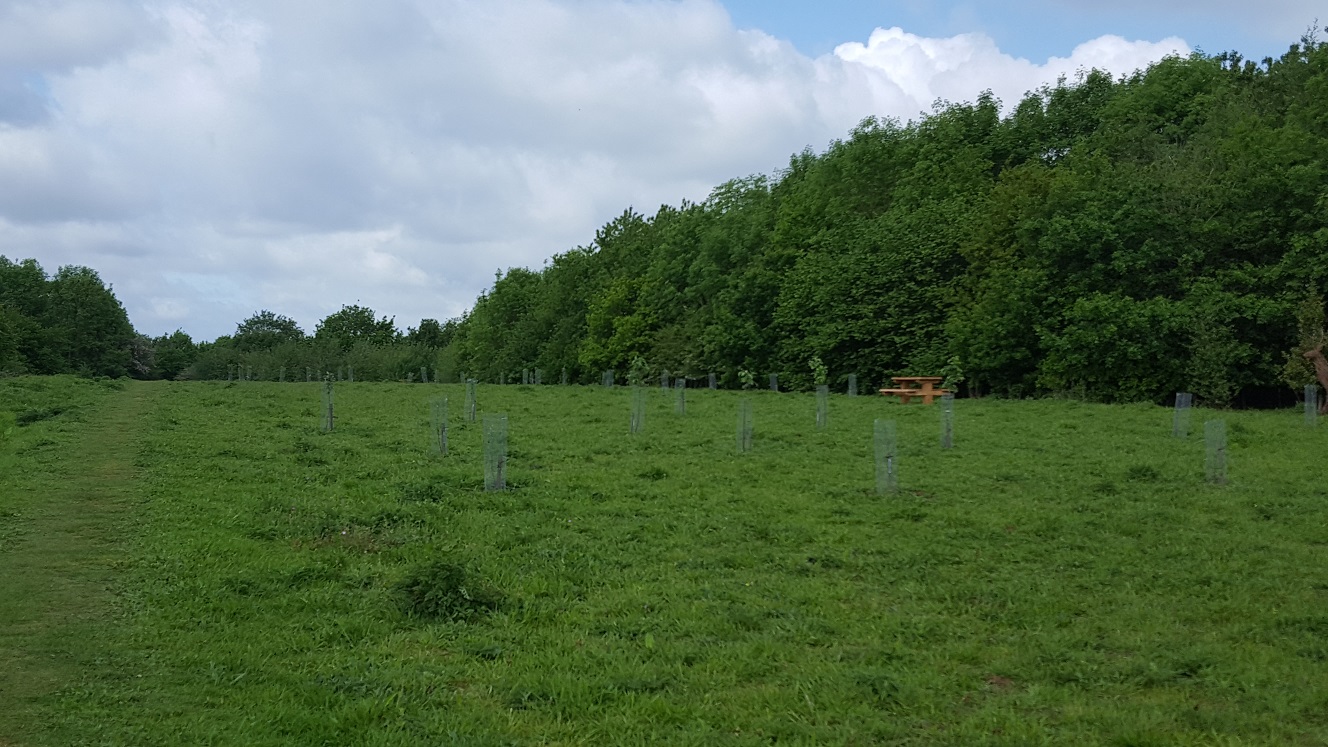 We now have 79 young trees; 44 Wareham Russet, 4 Lord Derby, 12 Minshull Crab (which is not a crab apple!), 5 Arthur Barnes, 4 Betley Bee Bush and 10 Millicent Barnes. We have also recently installed two picnic benches, and our own notice board will be arriving later in the summer.

In addition, the Woodland Trust have placed a willow “stag” which can be seen peeking out through the trees adjacent to the Orchard site:

Our trees are all 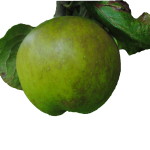 local Cheshire varieties, and none more so than the “Wareham Russet” (‘Wareham’ being the old pronunciation of ‘Weaverham’). This is particularly fitting for this Memorial Orchard as young men from Weaverham,such as those that fought in the First World War one hundred years ago, used to be known as “Russets”. Our Wareham Russet saplings were propagated from one of the very few trees remaining in Weaverham, a sole survivor of the Orchards that were once so common here.

The saplings are still young and small, so they are protected by a stake and wire mesh ( to stop rabbits nibbling the bark ). It will be some years before they bear fruit. 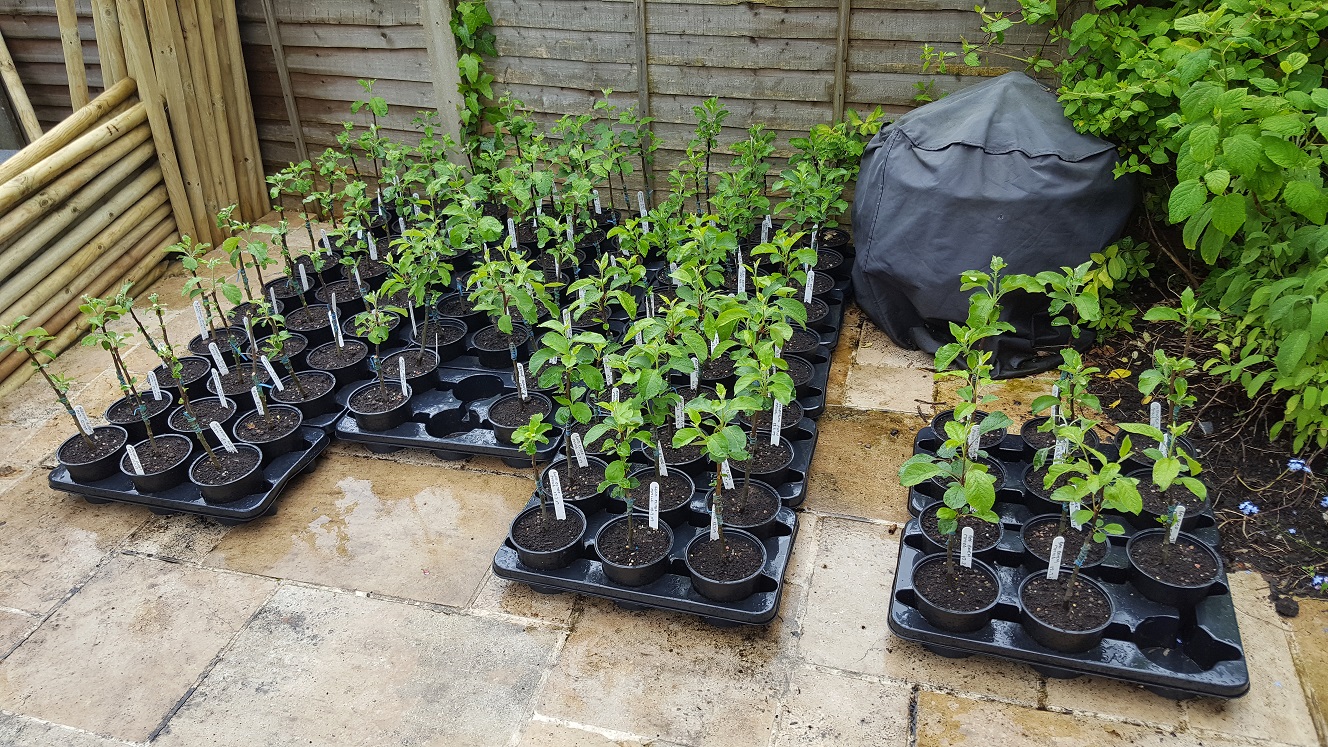 We have nearly 100 more apple tree saplings that have been grafted from scions (cuttings) collected from Trafford Drive Allotments Community Orchard, or donated by Orchard49 (a similar group in Manchester) or the National Fruit Collection. These include other Cheshire heritage varieties such as Eccleston Pippin, Lord Clyde, Rakemaker, Surecrop, Withington Welter, Burr Knot and Bee Bench, and will be ready for planting in the autumn.