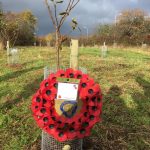 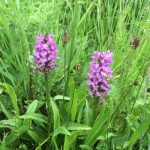 Mike Hornby is hard at work…. As we are coming into summer, those of you who have visited the Orchard recently will have noticed that it is becoming very overgrown. A small team of us have been trying to deal with this on Tuesday mornings, but the weather has interfered and we are falling behind. […] 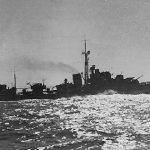 95 year old Ernie Nelson is a Second World War Royal Navy veteran who played an important role in the D-day Landings.  Ernie has lived in Hartford for the past 32 years although his home was in Rudheath during and after the war.   This year he has taken part in the 75th Anniversary commemorations. […]

( If you are reading the newsletter version of this please visit the website to see the photo and map – http://orchard.weaverham.org.uk/armistice-centenary-service-of-remembrance-at-the-memorial-orchard/ ) World War One effectively ended on Armistice day at 11.00 a.m. on the 11th November one hundred years ago but the end of fighting in the “War to end all wars” did not […] 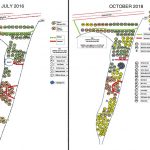 ( Newsletter readers: To see this report with more illustrations please view it in your browser : http://orchard.weaverham.org.uk/chairmans-report-2017-2018/ )     Since our last AGM scions have been taken from the Wareham Russet apple tree in Tower Lane and from other Cheshire heritage apple trees growing in the Trafford Drive Allotments Community Orchard. Harry Delaney and […]

To comply with charity and company law we are required to hold an Annual General Meeting, which this year will take place at 7:30  on Tuesday 16th October at The Scout Hall, Church Street, Weaverham – details as per the attached agenda.  I am also attaching the minutes of last year’s AGM. Our chair Tina Johnson […]